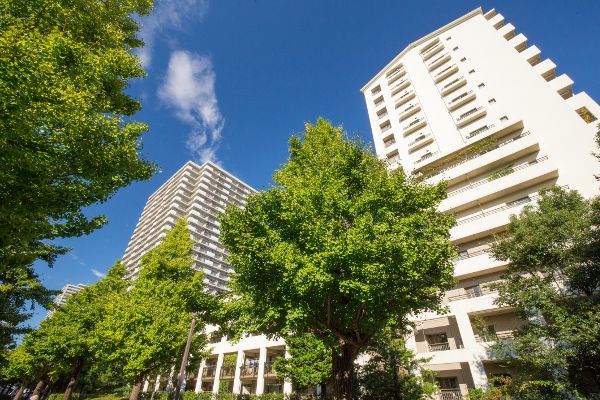 Stable Rates of Home Ownership, Coupled With a Growing Population, Have Resulted in an Overall Increase in Rental Demand

The Greater Toronto Area rental housing market has been a topic of frequent media discussion in recent weeks. Whether the story is about dropping vacancy rates or about a condominium unit that doubled in rent overnight, the common theme appears to be that rental supply cannot keep pace with demand. Stable rates of home ownership, coupled with a growing population, have resulted in an overall increase in rental demand. In the City of Toronto, where only 55 per cent of households own their home, rental demand is especially strong. The Canada Mortgage and Housing Corporation (“CMHC”) reports that Toronto’s overall vacancy rate dropped to 1.3 per cent in October 2016. Government considers three per cent to be a healthy rate.

Condominiums in the Rental Market

In the Toronto market, it is no surprise that affordable housing is a challenge for a growing number of households. In Canada, governments consider ffordable housing to be shelter costs that amount to less than 30 per cent of before-tax household income. The data, meanwhile, suggest that more and more people, specially in Toronto, are struggling to secure housing within this measure. The Ontario Non-Profit Housing Association (“ONPHA”) has reported on the Province’s waiting lists for rent-geared-to-income (“RGI”) housing for over a decade. The most recent survey found that 171,360 households were waiting for RGI housing. This is an increase of more than 45,000 households since ONPHA started reporting the numbers in 2003. This increase is a sign of the need for more housing assistance. The CTA, on the other hand, does not provide tenants with the significant rights and protections found in the RTA. Rather, to a large extent, the parties are left alone to negotiate the terms that will govern their relationship. Of greater significance, perhaps, is that the CTA does not provide tenants or landlords with recourse to the Board. Instead, to resolve disputes, the parties are essentially forced to initiate proceedings before the Superior Court of Justice, which is a much more expensive and time-consuming process.

RGI housing is probably the first thing many people think of when thinking about affordable housing programs. This term is often used to refer generally to most of the social housing owned and managed by local housing corporations (themselves owned by municipalities), non-profit housing communities, and co-operatives. The common feature is that rent is based on 30 per cent of the tenant household’s before-tax income. Government funding covers the balance of the operating costs. This is what policy makers would call a supply-side response to the need for affordable housing, as the municipal government directly supplies affordable housing to qualifying households that require it.

Housing allowance programs, which have achieved greater prominence in recent years, provide a housing subsidy directly to tenant households. The 2016 Update to Ontario’s Long-term Affordable Housing Strategy promised to create a framework for a portable housing benefit, or, in other words, a more formal housing allowance program.

These new programs build on housing allowance programs already introduced and operated by the Province’s municipal “Service Managers” (being a municipal government or a special agency created by the Province that is responsible for carrying out the funding and administrative responsibilities of an affordable housing program(s)). For example, the City of Toronto, through a number of different programs, currently provides allowances to about 4,000 households. These are payments of $250 or $400 a month. To qualify, households must be referred to an allowance program by an agency representing a vulnerable group, such as the homeless or survivors of domestic violence. The advantage of a housing allowance is that recipients are free to rent any unit on the open market, as long as the rent is not more than 30 per cent above the average market rent. This could include condominium units.

The Program Funder is not Liable

It is conceivable that a tenant that is participating in one or more of the Rental Subsidy Programs will rent a condominium unit from an individual unit owner. Pursuant to the Rental Subsidy Programs, the program funder would not be considered to be the tenant. The responsibility of the program funder is typically limited to the payments required by the Rental Subsidy Program. So, for example, pursuant to the rent supplement program (described above), the program funder is required to pay to the landlord the difference between the unit’s market rent and what the tenant is paying. It follows that, unless there is express agreement otherwise, the program funder will not be liable to the unit owner or to any third party, such as a condominium corporation (the “Corporation”), for the acts or omissions of the tenant, including any damages that flow from such acts or omissions, such as damages arising from the failure of the tenant to observe any of the terms of his or her lease (including the obligation to pay rent), and/or any of the terms of the Corporation’s declaration, by-laws and rules (the “Condo Documents”).

Who is Responsible for a Tenant’s Bad Behavior?

So, if the program funder is not liable for the bad behavior of a tenant, who is?

From the unit owner`s perspective, the tenant is liable for his or her conduct and/or for conduct of his or her guests. This liability arises primarily from the Residential Tenancies Act, 2006 (the “RTA”), which legislation governs the rights and obligations of residential landlords and tenants. One of the stated purposes of the RTA is to provide protection for residential tenantsfrom unlawful evictions. It achieves this purpose by, among other things, requiring that tenancy agreements be renewed on what is typically a month-to-month basis and by providing that a tenancy may only be terminated in accordance with the RTA. In essence, a landlord is not allowed to recover possession of a rental unit unless the tenant has vacated the rental unit and/or the landlord has served a notice of termination on the tenant for one of the grounds stipulated in the RTA, has applied to the Landlord and Tenant Board (the “Board”), and has obtained an order from the Board that evicts the tenant.

With respect to the initiation of eviction proceedings against a tenant for bad behavior, there are a number of grounds in the RTA that a landlord can rely on to evict a tenancy. These grounds include circumstances where a tenant fails to pay rent, causes damage to the condominium development, engages in illegal activity, and/or substantially interferes with the reasonable enjoyment of the residential complex by the landlord or substantially interferes with another lawful right or interest of the landlord (which may arguably where a tenant breaches Condo Documents).

In addition to applying to the Board for an order evicting the tenant, a landlord can also obtain an award of the outstanding rental arrears and compensation for certain types of claims, including compensation for the reasonable costs that the landlord has incurred to repair property damaged by the tenant. Not all claims for compensation, however, are recoverable from the Board. Accordingly, for certain claims, a landlord is forced to seek redress at the Ontario Superior Court of Justice. By way of example, the expenses that a landlord incurs when a Corporation initiates a court application against the landlord and the tenant (which is discussed in greater detail below) cannot be awarded by the Board.

From the Corporation’s perspective, both the unit owner and the tenant may be liable for the tenant’s conduct. Pursuant to the Condominium Act, 1998 (the “Condo Act”), unit owners and their tenants are required to comply with the Condo Act, and the Condo Documents. Moreover, the Corporation has the right and the duty to require such compliance. In addition, unit owners are obliged to take all reasonable steps to ensure that their tenants comply with the Condo Act and/or the Condo Documents, which includes, if necessary, the initiation of eviction proceedings at the Board.

Where a tenant is not complying with the Condo Act and/or the Condo Documents, and/or the unit owner is not taking reasonable steps to ensure that the tenant complies, the Condo Act provides that the Corporation can initiate a court application against the unit owner and his or her tenant to obtain an order enforcing compliance, an award of damages and legal costs and, in certain circumstances, an order terminating the tenant’s tenancy. Notably, the Condo Act provides that, if a Corporation obtains an award of damages or costs in an order made against a unit owner and/or a tenant, the damages or costs, together with any additional actual costs to the Corporation in obtaining the order, can be added to the common expenses for the unit. It should be noted that the Condo Act is in the process of being amended. It is possible, once the amendments to the Condo Act come into force, that the means for the Corporation to obtain compliance may be changed (e.g., from a court application to proceedings before a tribunal). The changes to the Condo Act should not, however, alter the underlying obligation for unit owners to take all reasonable steps to see that their tenants comply with the Condo Act and the Condo Documents.

Needless to say, in light of the significant cost consequences, it is critical that unit owners take quick corrective action to address the bad behavior of their tenants. To this end, a unit owner would be well advised to retain a legal professional to ensure that the appropriate corrective action is taken