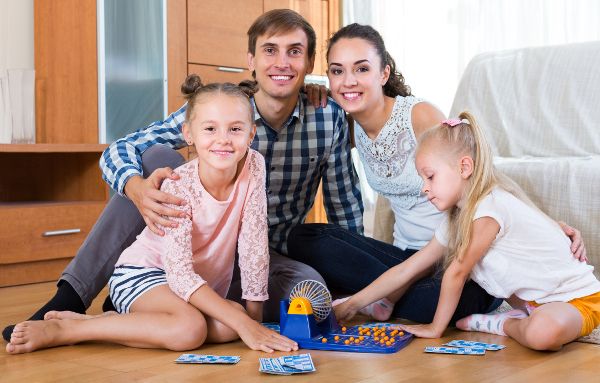 On June 30, 2008 , with the enactment of Bill 107 , the Human Rights Code Amendment Act, the Ontario government effected changes t o O n t a r i o ’s Human Rights Code. The result of these changes was a significant revamp in the way in which human rights are protected and enforced, and how human rights complaints are received and processed. For condominium corporations, these changes are important, as they require condominium owners, directors and managers to adapt to a new way of handling human rights issues.

Changes to the Process

With the changes brought about by Bill 107 , though, this process is now substantially different. The Commission has had its role redefined, so that instead of vetting complaints and acting as a gatekeeper of sorts for the Tribunal, it now focuses on investigation into the root causes of human rights violations, and the development of programs for the purpose of addressing these root causes. In that sense, its role is now more proactive than reactive, although the Commission maintains the right to file its own applications
at the Tribunal.

Instead of going through the Commission, human rights complainants now file their claims directly with the Tribunal. With this change has come a corresponding change in the way in which the Tribunal adjudicates these claims. Under the previous system, any claim that made it to the Tribunal stage had already been thoroughly investigated by the Commission, so that any claim brought before the Tribunal could be handled in a formal, structured manner, much like a claim brought before the courts. This manner of handling claims was, by necessity, dependent on the expertise of the Commission representatives who were responsible for litigating those claims. By contrast, under the new system complainants advance their own claims, and the Tribunal handles claims in a more flexible, situation-specific way by using procedures such as summary hearings, mediation, or hearings with more involved participation by the Tribunal adjudicator, as is appropriate in the circumstances. One purpose of these changes is to make Tribunal hearings more accessible for non-expert complainants, so that those complainants may be more directly involved.

To help compensate for the removal of the Commission from its previous gatekeeper role, the forms used to initiate a human rights complaint are more detailed under the new system than they were previously. This allows the Tribunal to have as much information as possible at the beginning of the hearing, so that the Tribunal adjudicator hearing a matter can be as prepared as possible.

With the adoption of Bill 107 , a third aspect to Ontario’s human rights system has come into being: the Human Rights Legal Support Centre. The Centre functions to provide legal advice and assistance to human rights complainants, and allows complainants to more effectively litigate their own cases as the Commission no longer does so on their behalf.

The primary motive for these changes to Ontario’s human rights system was a desire for improved accessibility of the system by potential complainants. Under the previous system, the gatekeeper role that the Commission played led to both substantial delays, as it routinely took four to five years for claims to get through the Commission backlog and be dealt with by the Tribunal, and a disconnect between the complainant and the process, as the Commission litigated claims on behalf of those complainants whose claims were eventually heard.

The new system is designed to address both of these issues. Complainants are now able to apply directly to the Tribunal rather than having their claims pre-screened by the Commission, and with the assistance (if needed) of the Human Rights Legal Support Centre they can be more directly involved with the litigation of their own claims.

The new system also addresses a number of other concerns that many had about previous complaint procedures. For one, the Commission under the old system was responsible for both investigating and prosecuting claims, leading many to worry that the Commission was basing decisions on whether or not to bring claims before the Tribunal on how ‘winnable’ the claims were rather than whether it would be in the public interest to refer them to the Tribunal. For another, because so few complaints were ultimately referred to the Tribunal, many complainants felt pressured to resolve their complaints through relatively unfavourable mediated settlements rather than risk not having their complaints heard in a timely manner or at all.

Ontario’s new human rights system is not without its potential drawbacks. Chief among these is the concern that the new direct accessibility model for complaints will simply shift the backlog from the Commission to the Tribunal. This problem could be made worse
in that complainants may be less willing to settle their claims before a hearing even if they objectively ought to settle, as under the new system they are assured of getting a hearing that they were not assured of getting under the old system. This fear can be seen as being reflected in the expectation that, while the Commission received approximately 2,500 applications per year under the old system (and, on average, 125–175 of these were heard by the Tribunal), the Tribunal will receive an estimated 3,000 applications annually under the new system.

Another potential drawback is that relatively trivial claims will not be filtered out by the Commission before being heard by the Tribunal. Although it is certainly important to give human rights complainants the opportunity to be heard, and it is important that the Human Rights Code be enforced, the advancement of every claim to the Tribunal level means that every respondent will be forced to expend time and energy defending every claim, no matter how frivolous. It is easy to foresee a scenario in which, for example, a disgruntled unit owner brings a retaliatory human rights complaint against a condominium corporation for no reason other than hurt feelings.

In an ideal world, these changes would not affect condominium corporations at all, as neither corporations nor owners would commit (or allegedly commit) any human rights violations and would therefore have no need to know how the human rights complaint process works. Obviously, we do not live in an ideal world. As such, boards, managers and owners are strongly encouraged to familiarize themselves with the Human Rights Code and to be proactive in identifying potential grounds for human rights complaints. Under Ontario’s new human rights system, parties who are alleged to have contravened the Code will no longer have the benefit of a Commission investigation into any claim, but will instead be forced to defend all claims at the Tribunal level. As such, it seems fair to say that condominium corporations will be best off if they can prevent human rights claims before those claims arise.

Brian Horlick, BA, LLB is a senior partner in the law firm Horlick Levitt and practices extensively in the area of condominium law. He is a director of the Canadian Condominium Institute, Chair of the CCI Legal & Governmental Affairs Committee, Chair of the ACMO Associates Executive Communications Committee and is a regular lecturer on condominium law to property managers seeking to obtain their RCM designation.