Home Resources The Impact on Your Condominium Corporation – Part IV

The Impact on Your Condominium Corporation – Part IV 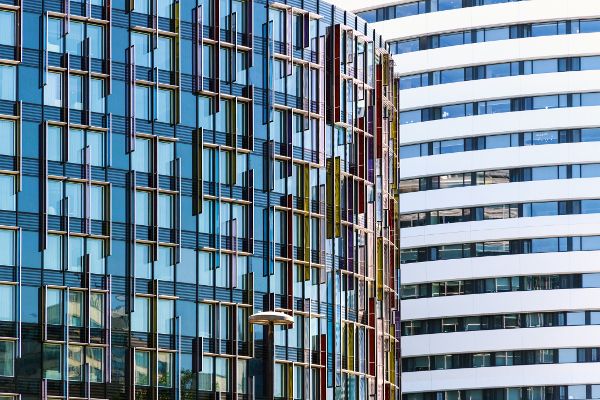 The applicant, Ms . McMillan, owned a condominium unit in a 32 -unit condominium corporation. The applicant’s unit, like the other units, was a freestanding one-storey house sitting on an individual parcel of land. The house itself was considered the unit, and the area extending from the front and rear entrances to the boundaries of the parcel of land was the exclusive use common element appurtenant to the unit. At each entrance was a wooden landing with two wooden steps extending from each respective landing to the ground. The landings had railings around them, but the steps did not.

The applicant suffered from increasingly serious mobility issues, the result of which was that she eventually felt that she was unable to safely leave her unit without assistance. As a result, her husband wrote to the board of directors of the corporation in July of 2006 requesting that the corporation install handrails on the front and rear steps. However, despite her husband having given the board 14 days to respond to this request, the applicant filed this complaint 10 days after the date of the letter, claiming discrimination on the basis of disability by virtue of the corporation’s failure to install these railings. Two days after the complaint was filed, the president of the board wrote to the applicant’s husband and confirmed that the board had granted permission for the installation of handrails on the steps of the applicant’s unit. The president further confirmed that, as with other owners who had installed handrails on the steps outside their respective units, the applicant and her husband would be responsible for the cost of installing the handrails.

Author’s Note: This case is interesting for a couple of reasons. One is that the tribunal essentially acknowledged that the circumstances of this particular condominium corporation (having large exclusive use common element areas appurtenant to each unit that essentially amounted to yards around the respective houses), and the anecdotal evidence presented about how each owner was responsible for additions, alterations and improvements to his or her own “yard”, dictated an outcome to this complaint that was different from the result one might have expected had the steps in question been a common element and not an exclusive use common element appurtenant to a particular unit. The other is that the tribunal appears to place much more weight on the corporation’s declaration and its actions there under than is commonly seen in tribunal decisions. This latter point underlines the need for condominium corporations to be consistent in their approach to similar situations. Just as a corporation must enforce its declaration, bylaws and rules consistently, so too should it grant (or not grant) permission or pay (or not pay) for alterations, additions or improvements consistently. One can imagine that the McMillans might have been more successful had there been evidence to suggest that the corporation had paid for such handrails in the past.

The plaintiff, Mr . Fisher, was the owner and resident of a unit in the defendant condominium corporation. The plaintiff’s claim arose out of damage to his vehicle that occurred when it collided with the door for the corporation’s parking garage. The approach for the door was at the end of an alley and was at right angles to the alley, such that a person approaching the door would not be able to see whether the door was open or closed, and the entry to the garage inclined upward.

The collision occurred when the plaintiff drove up to the parking garage to find the door already open. He proceeded to enter the garage, and was about halfway through the doorway when he heard the garage door begin to descend. The plaintiff knew that there were sensors designed to prevent the door from closing on a vehicle. However, in this instance, the door did not stop, and instead made contact with the roof of the plaintiff’s vehicle.

The plaintiff testified at trial that he pressed the button on his remote control for the garage door, and at the same time panicked and sped up to get out from under the door. As a result, the roof racks were torn from the plaintiff’s vehicle, and the roof of his vehicle was scratched. The plaintiff sought to recover the cost of repairing this damage in his claim.

A representative for the corporation, however, testified that the repairs that had been carried out and scheduled were to the chain that opened and closed the garage door, not to the sensors, and that the accident that the plaintiff referred to was not related to the sensors.

The court held that the plaintiff had failed to establish negligence on the part of the corporation, and further held that the plaintiff had greatly exacerbated the damage to his vehicle by continuing to drive through the doorway even after it contacted the roof of his vehicle. Accordingly, the court dismissed the claim as against the corporation.

Author’s Note: This case is a good illustration of the principle codified in the Occupiers’ Liability Act, which provides at section 3 that an occupier of premises (in this case, the condominium corporation) owes a duty to take reasonable care to see that persons entering on the premises and the property brought on the premises by those persons are reasonably safe while on the premises, and set out in St . Louis-Lalonde v. Carleton Condominium Corp. No. 12. In this 2005 Ontario case, the court, in dealing with an allegation of negligence against the condominium corporation, stated that a condominium corporation is not an insurer of the corporation property; the corporation’s only obligation, in that case, was to use reasonable care in ensuring the safety of people who were using the elevator. As the court put it, “[I] find that the law does not require a constant inspection of elevators, nor does it require a standard of perfection…I am unable to find, based on either common experience or the evidence before me, that the mere failure of the elevator to level properly may be considered as evidence that the Defendant failed to exercise the highest practical degree of care for the safety of those using the elevator…”

The condominium corporation brought an application against Mr . and Mrs . Kilfoyl for an order that they were in violation of the Condominium Act, 1998 , as well as the corporation’s declaration and bylaws, by virtue of the fact that the respondents were operating their unit as a “rooming house”.

The Kilfoyls’ unit was one of 60 townhouse units in the corporation. The corporation’s declaration provided that each unit was to be used only as a “one family residence”. The declaration specifically forbade roomers and/or boarders.

The intent of these provisions was that each unit should be occupied by a family, whether that family owned the unit or leased it, and not by otherwise unaffiliated collections of tenants who were each renting an individual room in a unit. However, beginning in 2005 the corporation experienced increasing problems with owners renting their respective units out as rooming houses to tenants and with the conduct of these tenants, including excessive noise, littering, parking problems, damage to property and increased common expenses. The effect of these tenancies that were in violation of the declaration and bylaws was that the unit owners who were in compliance were effectively subsidizing the unit owners who were not in compliance, and who were able to enjoy a greater financial reward for their non-compliance by virtue of being able to collect more rent in respect of their respective units.

As a result, the corporation took steps to try to enforce its declaration and bylaws.

The court considered whether the family use provisions of the corporation’s declaration constituted an infringement of the Human Rights Code on the basis that those provisions had the effect of discriminating on the grounds of family status, which is a prohibited ground of discrimination under the Code. The court noted that “family status” was defined in the Code as the status of being in a parent-and-child relationship and stated, accordingly, that the provisions in question did not have the effect of discriminating on a prohibited ground under the Code, as they did not prevent a parent from living with his or her child(ren).

Author’s Note: This decision will be of interest to any condominium corporation that has an occupancy provision in its declaration, in that it supports the notion that the corporation is entitled to enforce that provision and can do so without being in violation of the Human Rights Code. It is worth noting that the respondents in this matter, at the outset of the hearing of the application, sought a dismissal of the application on the basis that this matter should proceed by way of mediation and arbitration under the Act. The court held, however, that this matter would proceed by way of application, as this case involved “intertwined issues” under the Act and the declaration that went beyond the dispute between the individual unit owners and the corporation and that had human rights implications that went beyond the Act, and the respondents, in any event, had proceeded to the hearing of the application before raising the objection to so proceeding.

Brian Horlick, BA, LLB is a senior partner in the law firm Horlick Levitt and practices extensively in the area of condominium law. He is a director of the Canadian Condominium Institute, Chair of the CCI Legal & Governmental Affairs Committee, Chair of the ACMO Associates Executive Communications Committee and is a regular lecturer on condominium law to property managers seeking to obtain their RCM designation.