Home Resources The Impact on Your Condominium Corporation – Part III

The Impact on Your Condominium Corporation – Part III 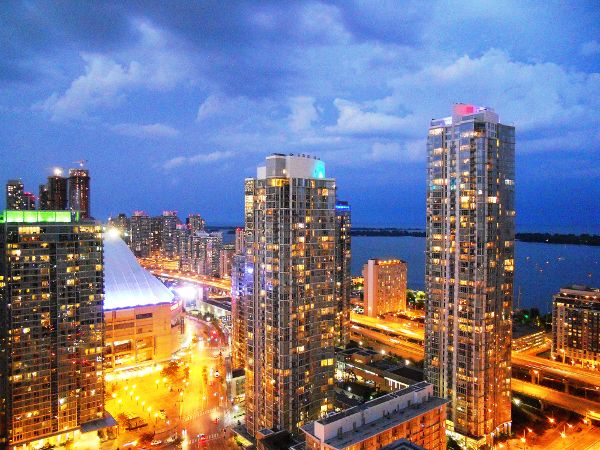 This was a complaint brought before the British Columbia Human Rights Tribunal by Mr. Harton, who was the owner of a strata unit in the respondent strata corporation, based on what he alleged to be discrimination against him by the respondent as a result of his physical disability.

Mr. Harton’s unit in Vancouver faced west and overlooked the water. As a result of this, Mr. Harton alleged that his unit was subjected to high levels of direct and reflected radiation. He further alleged that he was at an unusual risk of developing skin cancer, and that he had been previously treated to have skin cancer removed. According to Mr. Harton, his doctor had advised him to minimize his exposure to the sun.

As a result of this skin cancer susceptibility, Mr. Harton applied to the strata for permission to install a “radiation blocking retractable sun screen” over his balcony, which screen would, according to Mr. Harton, restrict his exposure to the sun while his unit and on his balcony. The strata, however, had refused permission for the installation of such a screen. Its authority for such refusal was based on a bylaw that had been in place since before Mr. Harton purchased his unit, and prohibited the installation of, among other things, exterior screens without the prior consent of the strata council.

In analyzing the complaint, the tribunal held that Mr. Harton was not suffering from a physical disability for the purposes of the British Columbia Human Rights Code, as susceptibility to a disease was not tantamount to having the disease itself. The tribunal further held that Mr. Harton had failed to reasonably consider alternatives to the retractable screen that he had sought to install (such as an umbrella or sunscreen or protective clothing), and that an inability on the part of Mr. Harton to use his unit and balcony in precisely the manner in which he desired did not amount to Mr. Harton having been entirely prevented from using his unit and balcony. As a result, the tribunal dismissed the complaint.

Author’s Note: there are two interesting principles to take Assets, take from this decision. One is that not all alleged disabilities will necessarily be entitled to protection by human rights legislation. As the tribunal decision in this case put it, “Many  people suffer from skin damage.” In considering any complaint involving human rights issues, managers and boards of directors should always consider the nature of the disability alleged.

The other interesting principle is the reinforcement by the tribunal in this case that the duty to accommodate is not absolute and one-sided. A complainant must be able to show that he or she considered reasonable alternatives to the requested solution. In this case, even if Mr. Harton had established that he suffered from a disability within the meaning of the British Columbia Human Rights Code, his failure to consider alternatives to his proposed accommodation measure (the retractable screen) would likely have proved to be fatal to his complaint.

The petitioner strata corporation was made up of townhouse strata units, each of which had a private yard that was designated as limited common property (the strata equivalent of exclusive use common elements). The private yards were separated from each other and from the rest of the common property by fences, many of which had stood for 25 years or more. The strata corporation brought this petition after discovering that the fence lines did not conform with the boundaries of the limited common property as same were set out in the registered strata plan. In its petition, the strata corporation sought an order amending the registered strata plan to conform with the existing fence lines, as most of the unit owners had built sheds, gardens and other improvements in their yards in reliance on the existing fence lines.

Pursuant to the Strata Property Act, in order to amend the strata plan the strata corporation would have needed the unanimous support of the unit owners. Thirty-seven of the 40 unit owners supported this amendment, and one unit owner could not be located. However, the owners of units 31 and 40 did not support the amendment, as they stood to benefit if the fences were to be moved to comply with the registered strata plan. Specifically, the fence between the private yards of these two units would be moved so as to give unit 40 the use of approximately 500 square feet of additional space, and the fence between unit 31’s private yard and the visitor parking area would be moved to enclose approximately three of the six visitor parking spaces into unit 31’s private yard.

The court expressed doubt as to whether the strata corporation’s petition was appropriate in the circumstances, as the strata corporation was essentially seeking to bypass the statutory voting requirement set out in the SPA . The court further opined that actual prejudice to the unit owners could not be proved at that point, as the strata corporation had not yet attempted and failed to obtain a unanimous vote. Accordingly, the court declined to grant the relief sought. Instead, the court granted the motion by the owners of unit 31 . In so doing, the court noted that once the fences around the yards appurtenant to those units were moved, those unit owners would likely consent to an amendment to the registered strata plan that incorporated such moves and amended the designated private yards appurtenant to the remaining units to conform with the remaining fence lines.

Author’s Note: for many older condominium corporations, minor differences between, for example, the wording of the declaration and how the corporation handles its business in practice are often ignored. This decision serves as a warning of sorts for those condominium corporations that conduct business in contravention of their declarations that a unit owner also has the right to compel compliance with the declaration. Custom or habit should never stand in the way of proper governance.

This case is also interesting in that it could be taken as reflective of how a similar application would be received by the courts under the Condominium Act, 1998 . Although the Ontario Act, unlike the Strata Property Act, contains specific provisions (in section 109 ) with respect to effecting an amendment to a declaration by court order, the court’s jurisdiction under that section is arguably limited to situations in which there is an “error or inconsistency that appears in the declaration or description or that arises out of the carrying out of the intent and purpose of the declaration or description.” It could well be that an Ontario condominium corporation would have no better luck in a situation like the one in this case, where the corporation would be essentially seeking to have long-standing non-conforming practice made legitimate through an amendment to the declaration.

Brian Horlick, BA, LLB is a senior partner in the law firm Horlick Levitt Di Lella and practices extensively in the area of condominium law. He is a director of the CCI, Chair of the CCI Legal & Governmental Affairs Committee, and Chair of the ACMO Associates Executive Communications Committee.