Home Resources The Impact on Your Condominium Corporation – Part II

The Impact on Your Condominium Corporation – Part II 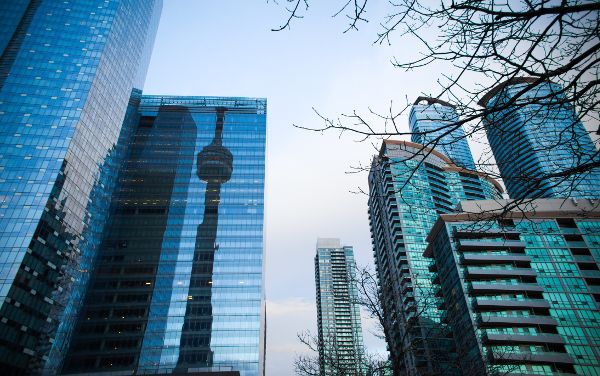 This was an appeal by a couple who owned a condominium unit from an order obtained on an application by the condominium corporation, as previously reported in this space in the winter 2009 edition of CM Magazine. The corporation’s declaration contained a provision that each unit was only to be used as a “one family residence”, and defined “family” as “a social unit consisting of parents and their children, whether natural or adopted, and includ[ing] other relatives if living with the primary group”. The respondent unit owners had been operating their unit as a rooming house, which, the condominium corporation alleged, was a breach of the declaration. The judge hearing the application agreed, holding that the respondents had breached the declaration, and ordering them to comply with same.

The unit owners appealed this order on the basis that the definition of “family” as contained in the declaration was outdated, and that it was unreasonable “in this day and age” to restrict occupancy on the basis of whether the occupants were related to one another. The Court of Appeal disagreed, however, stating that the Condominium Act, 1998 permits a corporation’s declaration to contain conditions and restrictions on the occupation and use of units. The court further confirmed that the occupancy provision in question did not infringe the Human Rights Code, and dismissed the appeal.

Author’s Note: This decision further reinforces the recent trend in case law that condominium corporations are entitled to enforce the single family use-type provisions in their declarations, and that these provisions do not offend the Human Rights Code. Directors and managers should feel much more confident in proceeding with enforcement of these provisions, although a corporation’s solicitors should always be consulted with respect to specific cases.

The applicant condominium corporation brought an application for an order that the respondent unit owner had breached section 98 of the Condominium Act, 1998 . The respondent had caused a gazebo to be erected on the exclusive use common element terrace appurtenant to her unit without the permission of the board of directors of the corporation, and without entering into a section 98 agreement with the corporation.

The respondent had made her plans clear to the board of directors with respect to her desire to improve her terrace, and had specifically indicated that she wished to replace lattice work, fencing, trees and planter boxes, and to erect a water fountain and a gazebo. The respondent took the position that the gazebo would not need to be attached, as its weight would be sufficient to keep it in place without the need for attachment. The board, on the other hand, took the position that the gazebo would have to be attached to the terrace, as it was concerned that the height and weight of the gazebo were such that it would be unstable if not attached. The manufacturer’s instructions for erecting the gazebo indicated that it was designed to be attached to the surface on which it was erected.

In the end, the board approved the respondent’s request with respect to certain items, which items did not include the gazebo as she had removed same from her proposal. The respondent then caused the gazebo to be placed on her terrace despite not having approval for same from the board. The respondent subsequently refused to remove the gazebo, and refused to permit entry to her unit to obtain access for inspection. The corporation advised the respondent that her gazebo would not be approved unless she entered into a section 98 agreement, which she refused.

Author’s Note: This decision is interesting, coming as it did after
the aforementioned McMahon decision. In McMahon, the Court of Appeal appeared to draw a clear line between objects that were installed in such a manner that they changed the common elements, and objects that were merely placed on the common elements, with respect to determining whether an object was an addition, alteration or improvement. In McMahon, the unit owner had placed a hot tub in the exclusive use common element yard appurtenant to his unit, and the court held that, notwithstanding the size of the hot tub, it was not an addition, alteration or improvement to the common elements for the purposes of section 98 of the Condominium Act, 1998. Vanduzer can be seen as closing a potential loophole that McMahon may have opened, by standing for the proposition that a unit owner cannot evade section 98 of the Act with respect to an object that would ordinarily be considered an addition, alteration or improvement simply by installing that object incorrectly.

One other interesting aspect of this decision: the court acknowledged that the condominium corporation, having been successful on its application, was entitled under subsection 134(5) of the Act to its actual costs in obtaining the order.

Like Vanduzer, this was also an application by a condominium corporation arising out of an unauthorized change to the common elements by a unit owner. The applicant in this case was a commercial condominium corporation. The respondent, which operated a law office in its unit, had replaced the overhead door at the rear of the unit with a wall of windows without the permission of the board. Accordingly, the corporation brought this application.

Unlike in Vanduzer, the board was not prepared to grant permission, pursuant to a section 98 agreement or otherwise, for the respondent to make this alteration, as no other unit in the corporation had been similarly altered and the board, according to the evidence of its president, was of the opinion that the alteration detracted from the appearance of the complex. The respondent claimed that the fact that the door was an exclusive use common element should take it out of the ordinary operation of section 98 of the Condominium Act, 1998 , but could cite no authority for this proposition.

Author’s Note: As with the Vanduzer case above, this case could be seen as a clarification or narrowing of a principle set out in the McMahon decision. In the Court of Appeal’s decision in McMahon, the court opined that an item with sufficiently negative aesthetic value, such as “scores of disused and ugly tires, or ugly rusting equipment or vehicles, or a giant ugly billboard of the New York Yankees World Series team”, could be caught by section 98 of the Act even if the item would not otherwise be considered an addition, alteration or improvement. The court’s decision in Anjali Holdings shows that, post-McMahon, an item may be caught by section 98 due to negative aesthetic value, but an item cannot be excluded from the restrictions of section 98 simply by virtue of being aesthetically pleasing.

Brian Horlick, BA, LLB is a senior partner in the law firm Horlick Levitt and practices extensively in the area of condominium law. He is a director of the CCI, Chair of the CCI Legal & Governmental Affairs Committee, and Chair of the ACMO Associates Executive Communications Committee.