Home Resources The Impact on Your Condominium Corporation Part-1

The Impact on Your Condominium Corporation Part-1 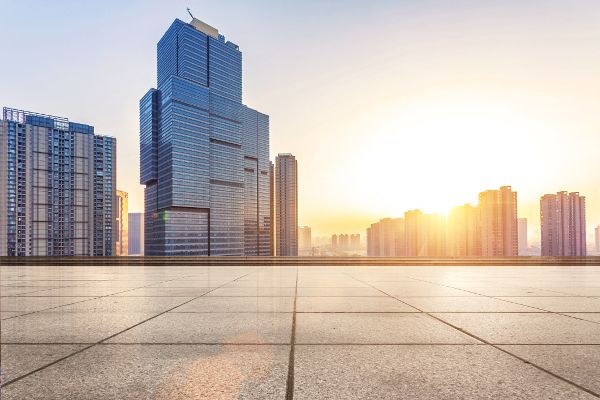 This was an appeal by an insurance company of an order obtained by the condominium corporation, which order had entitled the corporation to a substantial payout under its insurance policy. The corporation had a fire protection system, which was used to direct water through the sprinkler and fire hose systems in the building, and which had been improperly designed and/or installed. As a result of this improper design and/or installation, one of the standpipes that made up part of the system failed, causing a flood that resulted in an estimated $20 million in damage to the building. The corporation subsequently replaced the fire protection system at a cost of approximately $600,000.

Author’s Note: This case serves as a useful cautionary tale for any board of directors that may consider carrying out extensive work to the common elements of the condominium corporation on the assumption that the work will be covered by the corporation’s insurance policy. Before carrying out any such work, the manager should review the corporation’s insurance policy carefully, and consider, among other things, the cause of the damage (if any) that is being rectified by the work.

The complainant, Mr. Shannon, lived in a strata corporation that was made up of separate homes on individual lots. Mr. Shannon suffered from chronic obstructive pulmonary disease (COPD), the symptoms of which were made worse by in-home
air conditioning. The strata corporation in which Mr. Shannon lived was located in Osoyoos, British Columbia, and Mr. Shannon and his wife had made the decision to retire there because they thought that the hot, dry climate would help to ease Mr.
Shannon’s COPD symptoms. In order to minimize his use of air conditioning, Mr. Shannon installed a solar screen on the exterior of the front window of his home.

However, the strata corporation had a design code in its bylaws, the purpose of which was to ensure that the homes in the strata maintained a uniform exterior appearance. The
design code stated that no exterior alteration could be made to any home without the prior consent of the strata council. The Shannons had not obtained such prior consent
before installing the solar screen on their front window. The Shannons’ evidence, which the Human Rights Tribunal accepted, was that they did not think that the solar screen
amounted to an alteration, and that they would have sought council’s approval prior to installing the solar screen had they known that council’s approval was required.

After the strata council received a complaint about the Shannons’ screen from another unit owner, it wrote to the Shannons stating that the screen on the front window
would have to be removed. However, instead of removing the screen, Mr. Shannon wrote to the strata council requesting that it reconsider its decision on the basis that he had a medical condition, and that the screen was needed to alleviate the symptoms of this condition.

Author’s Note: This decision should be noted with interest by managers of condominium corporations that have any type of design code for the purpose of maintaining a uniform exterior appearance of the units. In particular, managers of planned community-types of vacant land condominium corporations, which are becoming increasingly popular in Ontario and which often have design codes in their condominium declarations, should consider this decision carefully. The provisions of such design codes must be applied carefully in cases where a unit owner has clearly identified to the corporation that he or she is disabled. In particular, management and the board of directors must carefully consider whether there are alternatives to the alteration that the owner seeks to carry out that would fulfill the same purpose while complying with the design code.

*Note: the plaintiff’s name appears throughout the text of the decision as “Ronaasen.”

The plaintiff, Mr. Ronaasen, brought this claim against the defendant condominium corporation for an unpaid invoice. The corporation had decided to have some work done in the common areas, including carpet and tile work on the landings and stairs and in the hallways. Mr. Ronaasen was a tenant who had lived in a unit in the corporation for approximately 15 years, and who took interest in the project. He asked the board of directors of the corporation to hire him to do the project, as he was good at that kind of work and wanted to see it done properly, and he saw the project as an opportunity to earn money. The board agreed to hire Mr. Ronaasen to do the work, and he prepared an estimate for the work to be completed. Based on the estimate, the work was to be completed and paid for over a three-year period, and the total cost including labour and
materials was to be $42,750 , of which $25,000 was to be the cost for the first year’s labour plus all materials for the project. Both sides understood that this was an estimate, and that the end cost could be lesser or greater.

After purchasing materials and completing some of the labour, Mr. Ronaasen submitted an invoice to the president of the board for $27,000. Although this was slightly over the estimate, she paid the invoice without complaint, as the work had been well done. After receiving payment, Mr. Ronaasen advised the president that the invoice that he had rendered was an interim invoice, and that he wanted a further $18,000 for the work done to that point. In light of the fact that Mr. Ronaasen was asking for an amount equal to the entire estimated cost for the project for the first year’s work, the president asked Mr. Ronaasen to substantiate this additional amount. Mr. Ronaasen then became
very aggressive and hostile, refused to meet with the board to discuss the additional amount, and eventually initiated this action.

The court held that, notwithstanding the time that Mr. Ronaasen claimed to have spent on the work, the market value of the work done was $25,000 and, in the absence of an agreement to exceed the estimate by such a substantial margin, the corporation should not have to pay any money beyond what it had already paid.

Author’s Note: This decision will be of interest, in particular, to any condominium corporation which may be home to a unit owner or tenant who does work for the corporation. Such a corporation, along with its manager, should be wary of entering into “handshake deals” with unit owners or tenants for the provision of services to the corporation, as the absence of clear and clearly understood terms of agreement can ultimately lead to rancour and hurt feelings on both sides of the transaction. This decision also underlines the importance for a condominium corporation of getting multiple quotes for substantial work, as the corporation should be aware of what the fair market value is of the work it is receiving before entering into an agreement with anyone.

Brian Horlick, BA, LLB is a senior partner in the law firm Horlick Levitt and practices extensively in the area of condominium law. He is a director of the CCI, Chair of the CCI Legal & Governmental Affairs Committee, and Chair of the ACMO Associates Executive Communications Committee.