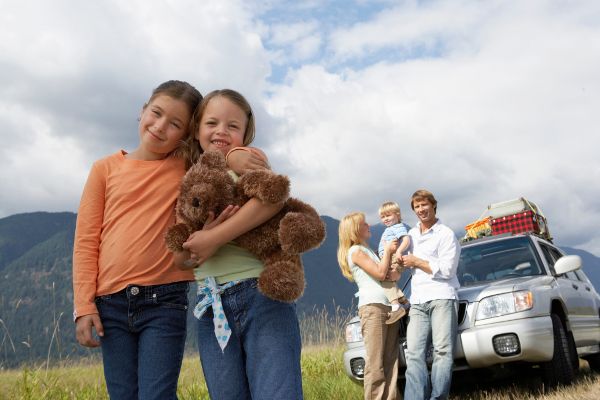 A responsible condominium community reasonably ought to have, and some would say must have, a condominium corporation that behaves responsibly in carrying out its duties. So, what are the duties of a condominium corporation? Depending on one’s mood, one might be tempted to say “to alternatively aggravate and frustrate everyone who comes into contact with it.” However, a more technically accurate (if less satisfying) answer would be “to manage the property and the assets, if any, of the corporation on behalf of the owners.” This is set out in section 17 of the Condominium Act, 1998 .

Generally, the property of the corporation will include exterior (e.g., driveways, walkways and landscaping) and interior (e.g., lobby, elevators and hallways) aspects. For a responsible corporation, run by a responsible board and responsible management, managing these aspects may include maintenance, repair and occasionally replacement. This is where contractors and service providers, who are frequently grouped and referred to as ‘trades’, enter the picture – after all, someone has to do all that work.

It’s About the Money, Right?

Condominium corporations operate on a non-profit basis, using the funds collected from the unit owners as common expenses. As such, many unit owners will express the belief that the only responsible course of action for the corporation is to arrange for work to be done as cheaply as possible. After all, they will reason, wasting the owners’ money is hardly the hallmark of a responsible community.

These people are often wrong.

So, It’s NOT About the Money?

Sad as it is to say, the trade that charges the least for a given job often does so for a good reason. Put another way, a condominium corporation will generally get what it pays for. As such, in the author’s view, the responsible course of action isn’t to necessarily choose the cheapest trade, but rather the one who provides the best value.

“Value”, of course, is a relative concept; for some unit owners, value might be marble lobby floors and hand-carved crown moulding in the party room, while for others value might be the absolute cheapest materials and workmanship possible. Putting extremes aside, however, one way for a corporation to determine value, and particularly the point at which the corporation is receiving the most value for its money, is to compare the quality of the goods or materials to what the unit owners expect, based on the nature of the building. If there are granite walkways leading to the front door of the building, a worn and poorly laid carpet in the lobby will look awfully out of place.

However, the value determination when selecting trades does not end with the question of how much money the corporation is spending on those trades. After all, it’s reasonable to suggest that the superintendent’s 16 -year-old son would accept the same amount of money that the corporation would be paying for the four-person landscaping team. The responsible corporation must also look at what it is getting for that money; again, value comes from what is received, not just from what is paid. Do the corporation’s trades have the necessary expertise, and do they have expertise commensurate with the money being charged? Do they have access to an appropriate
quality of materials? What sort of reputations do they have?

If the corporation has a good, experienced property manager with connections, that person or company can be invaluable when it comes to selecting trades; think of how much better a recommendation is when you get it from someone you know rather than from a random website or advertisement in a trade magazine.

Similarly, for those trades who are hired to provide ‘one-off’ services (such as repairs or replacements to the common elements), the agreements with those trades should be negotiated to allow the corporation to either hold back a portion of the monies payable to the trade until the job has been completed to the corporation’s satisfaction, or require that the trade correct any deficiencies in the work done that arise within a given period of time after the work is completed. A responsible corporation should avoid paying for insufficient work wherever and whenever possible.

Accept Those Things You Cannot Change

One may be surprised to learn that even a corporation taking all of the foregoing steps may find itself in a situation from time to time where it is not getting full value from its trades. In this situation, where money has been paid to a trade that has not provided what it agreed to provide, the best value for the corporation could be in simply letting go and starting over rather than spending money to pursue the trade. After all, one kind of waste is often as bad – and irresponsible – as another.

There are obviously other issues that must be considered by a responsible corporation, both with respect to maintenance, repair and replacement of the common elements and assets of the corporation, and otherwise. However, ensuring that the corporation receives fair and full value from the trades that it hires to help it carry out its duties will go a long way  to helping the corporation be, and remain, responsible in doing so.

Brian Horlick, BA, LLB is a senior partner in the law firm Horlick Levitt Di Lella and practices extensively in the area of condominium law. He is a director of CCI- Toronto, Chair of the CCI- Toronto Legal & Governmental Affairs Committee, and Associates Chair of the ACMO Communications Committee.