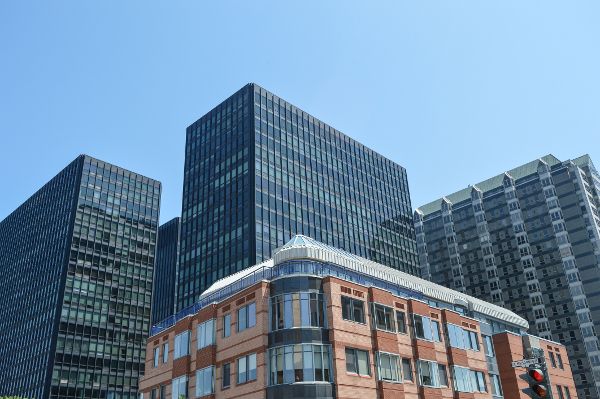 This was the latest, to the date of the decision, in a long series of reported decisions relating to this condominium corporation. The corporation, which was comprised of 897 residential units, had been governed by a court-appointed administrator since 2006 . In a referendum ordered by the court in December 2011 , an “overwhelming majority” of the unit owners voted that the court-appointed administration should end and the governance of the corporation should transition to an elected board of directors.

However, those unit owners did not necessarily agree how the election of those directors should take place, and so the court was asked to determine a process. To this end, the court made a number of orders. First, the court ordered that the directors be elected with staggered terms so as to set up a rotation of terms (this, presumably, despite a provision likely contained in the corporation’s operating bylaw that stated that all directors would be elected to three-year terms).

Second, the court was asked to place restrictions on the use of proxies at the meeting, including a requirement that the proxies be deposited in advance of the meeting. However, the court held that, absent authority for such a restriction in the Act or the corporation’s declaration or bylaws, it should not make such an order.

Finally, the court ordered that, once the election was successfully completed, the administrator could at long last be discharged and the corporation could return to self-governance.

Author’s note: this case is interesting for at least a couple of reasons. First, while the courts have considered discharge of administrators in other cases, this condominium corporation is the first, to the author’s knowledge, in which the courts have set out such a detailed procedure for returning the corporation to self-governance. This detailed procedure, and the apparent need for same, is likely attributable to, among other things, the sheer size of the condominium corporation (among the largest that this author has encountered) and the duration of the administration. It is reasonable to suggest that this procedure could serve as a template for future condominium corporations looking to successfully emerge from administration in an orderly manner.

Second, and likely more broadly applicable, this decision suggests (if not outright states) that a condominium corporation could conceivably restrict the use of proxies at owners’ meetings by setting such a restriction out in its bylaws. It is easy to conceive of a number of situations in which such an ability could be a positive thing for a condominium corporation. For example, in a condominium corporation with a large number of units, in this case nearly 900 units, it would be reasonable to expect that hundreds of proxies would be deposited for a meeting of owners; requiring early deposit of those proxies would allow the chairperson to carefully review same for validity in advance of the meeting so as to be in a position to start the meeting on time, instead of having to conduct such a review at the time set for registration and substantially delaying the start of the meeting with the potential loss of quorum due to owners leaving the meeting before its commencement.

The respondents acknowledged that the tenant had breached the exclusivity provision, but took the position that the corporation was required to submit the dispute to mediation and arbitration before commencing the application. The respondents based this position on, among other things, the fact that the early correspondence from the corporation’s solicitors made reference to referring the matter to mediation, and the parties had met to discuss resolution of the matter.

However, the court held that the corporation was not required to submit the dispute to mediation and arbitration before proceeding with the application because the dispute was with a tenant. As the court noted, section 132 of the Act does not require disputes between corporations and tenants to be submitted to mediation and arbitration; as such, the corporation was entitled to proceed directly with an application. Given that there was no real dispute as to whether the tenant was breaching the exclusivity provision in the declaration, the court ordered that the tenant cease selling fresh meat and poultry. The court further ordered that the corporation could recover the entire amount of its costs incurred in obtaining the order from the unit owner, and that the unit owner could in turn recover up to half this amount from the tenant.

Author’s note: this case confirms that, in the event of a breach of the corporation’s documents by a tenant, the corporation is entitled to proceed by way of application against both the unit owner and the tenant without the need to first submit the dispute to mediation and arbitration. This case also confirms that a unit owner will be held jointly liable for costs of a compliance application with a tenant even where the breach is primarily the tenant’s and not the owner’s. Unit owners, as the court stated in this case, have “the first responsibility to see that the requirements of the corporation are complied with”.

Brian Horlick, BA, LLB is a senior partner in the law firm Horlick Levitt Di Lella and practices extensively in the area of condominium law. He is president of CCI- Toronto, Chair of the CCI- Toronto Legal & Governmental Affairs Committee.