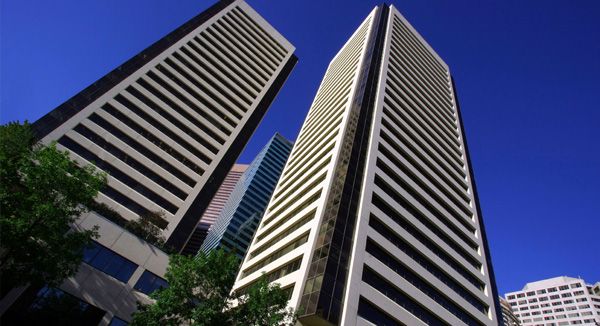 This was a motion by the plaintiff Royal Bank of Canada for summary judgment against the defendants, Mr. and Ms. Khan. The Khans owned a condominium unit, and had ceased paying their common expenses due to dissatisfaction with repair work carried out by the corporation. As a result, the condominium corporation had registered a lien on the title to the unit. Since a condominium lien, when registered, has priority over most other encumbrances on a unit (including mortgages), a mortgagee will often pay the arrears in order to discharge the lien. In this case, the bank, which held a mortgage on the unit, chose to do so.

The Khans did not deny that they owed the money to Royal Bank. Rather, they stated that they had been unsuccessful in negotiating the terms of a payment plan with the bank. The court, however, held that the plaintiff had no obligation to enter into a payment plan with the defendants. The court further held that, though “the remedy of exercising power of sale is a drastic one” in proportion to the amount owing to the plaintiff, it was a remedy to which the plaintiff was nevertheless entitled. Accordingly, the court granted summary judgment to the plaintiff.

Author’s Note: although the condominium corporation in this case was not a party to these proceedings, the court’s decision here should nonetheless be interesting to condominium corporations for at least two reasons. First, the court held that the bank was not required to enter into a payment plan with the unit owners with respect to the monies owing. Although a corporation may, in appropriate circumstances, wish to enter into such a plan with a unit owner in an effort to financially assist the owner, it is interesting to note that, based on this decision, a court would likely hold that the corporation has no obligation to do so.

Second, and more significant, the court held that the small amount owing to the bank vis-à-vis the amount of the mortgage did not serve to prevent the bank from exercising a power of sale to recover that amount owing. This is important, given that a condominium corporation’s lien right may be enforced in the same manner as a mortgage, as it shows that a court is not likely to prevent a corporation from exercising a power of sale to recover a similar amount owing pursuant to a lien. This could prove useful if, for example, the unit in question is not mortgaged and the corporation decides to commence its own power of sale proceedings to recover arrears.

In this case, the respondent unit owner, Ms. Young, had installed a tankless gas water heater in her unit. (Although it is not explicitly stated in the decision, it appears that the units in this case were either detached or semi-detached homes with yards.) In order to facilitate the installation of the water heater, Ms. Young constructed a vent through the outside wall of her unit, which was a common element. She did so without seeking the prior approval of the board of directors of the corporation.

This selective enforcement apparently included permitting or turning a blind eye to the following:

Ms. Young submitted that, based on this selective enforcement, it would be unfair for the court to enforce the Act and the declaration against her.

The court agreed that there had been “a degree of selective enforcement” on the part of the corporation, insofaras there had been a number of instances where breaches, including those similar to Ms. Young’s breach, had gone unaddressed by the corporation. The court stated, however, that the degree of selective enforcement did not amount to the “rampant” level seen in other cases. The court then drew an analogy between the situation in this case, and that where a municipality attempts to enforce one of its bylaws and it is alleged that there has been selective enforcement of the bylaw in question. In doing so, the court relied on the 1970 decision of the Ontario Court of Appeal in City of Toronto v. Polai.

In the Polai case, the court was asked to consider a municipal bylaw that prohibited multi-family dwelling houses in areas not zoned for such use. The city had maintained a list of properties against which it would not seek enforcement of this bylaw. The respondent, Ms. Polai, alleged that the city’s enforcement of the bylaw against her was therefore discriminatory, given the existence of this non-enforcement list. The court agreed that Ms. Polai had been discriminated against, but held that “[t] he public has a direct and a substantial interest in the enforcement of this bylaw and in the circumstances here public interest must prevail over the private interest of one who has admittedly flouted this law for so long”. The court therefore ordered that the city was entitled to enforce the bylaw against Ms. Polai.

Applying the principles from Polai to this case, the court held that there was “an interest, in the collective, in having the Declaration enforced, even if some transgressors have been allowed to violate it. In such a situation, the collective’s interest in having the Declaration enforced must prevail over the private interest of the respondent”. The court therefore granted the corporation’s application against Ms. Young. However, in so doing, the court stated that the corporation’s selective enforcement would be relevant to the court’s decision with respect to the costs that it would award in this matter.

Author’s Note: the parallel that the court in this case drew between a municipality and a condominium corporation is very interesting. Both are governed by officials that are elected by the community, and both operate pursuant to statute and to bylaws unique to the municipality/corporation.

The court’s utilitarian analysis of the interests of the community at large vis-à-vis the interests of the individual unit owner is also interesting, as is the fact that the court differentiated this case from cases in which there had been “massive non-enforcement as in some of the cases involving pets”, and stated that cases such as this one should be treated differently than cases of such “massive non-enforcement”. As such, it seems clear from the result in this case that a condominium corporation might not be prevented from enforcing its declaration, bylaws and rules even if it has failed to enforce same consistently in the past, depending on the circumstances and scope of such past failure.

Brian Horlick, BA, LLB is a senior partner in the law firm Horlick Levitt Di Lella and practices extensively in the area of condominium law. He is a director of CCI- Toronto, Chair of the CCI- Toronto Legal & Governmental Affairs Committee, and Associates Chair of the ACMO Communications Committee.