Toronto’s City Council has successfully come to terms on a list of new rules and regulations that will crack down on short-term rentals. Within the last year short term rental units have tripled due to services like Airbnb. The proposed regulations will restrict a short term rental listing to the renter’s principal residence and ban homeowners from listing secondary suites such as a basement apartment.

Airbnb is a popular service that delivers a unique ability for its users to not only rent properties but also rent out their properties or spare rooms to guests. Airbnb takes 3% of every booking from hosts and between 6%-12% from guests.

Unlike traditional hotels, Airbnb does not actually own any of the properties that they rent to their users. Essentially, Airbnb acts as an intermediary between people who wish to rent out their space and those looking for a space to rent.

Users can rent a shared room, or an entire house. You can stipulate your price point and view photos of the property and communicate with the hosts/guests before booking.

Issues Due to City of Toronto Short Term Rentals

The popularity of Airbnb brought a scarcity of long term rentals available to residents of Toronto looking for a place to live. This does not only effect those who are in search of long term housing, but also it also impacts those who currently reside in rental under a lease.

It is clear to Toronto city councilors that the Airbnb platform is being used as a tool for investors to take advantage of the current rental crisis in Toronto, buying property and making the space available to whoever will pay the most for it.

Airbnb Toronto news and popularity spread quickly amongst the rental housing community. Landlords realized they no longer have to deal with the painstaking issues that come with renting their properties the traditional way.

Airbnb eliminates a landlord ever having to deal with leases, late rent payments, tenants with pets, or nightmare renters that are impossible to get rid of. Landlords in Toronto often feel like the province’s rules and regulations that are governed by the landlord and tenant board are unjust and protect the renter’s rights before theirs. Up until now renting a space via Airbnb circumvented Toronto’s stringent renting regulations. Traditionally, when renting a secondary space, a landlord can charge anywhere from $1,000 – $1,400 a month. However, renting that same space as a short term Airbnb rental a landlord can charge anywhere from $300 – $400 a night. With such lax regulations, Landlords are undoubtedly drawn to this new way of renting their properties. Landlords were beginning to unlawfully evict tenants who were under lease in order to free up space and then post it for rent on Airbnb.

Short term rentals are a massive problem for those who require a place to live long term. Just for perspective, in 2016 there were over 12,000 Airbnbs rented in Toronto. More than half of those listings were in the city’s downtown core, and 80% of those rentals only accepted short-term bookings.

A major issue that has arisen on the heels of Airbnb’s sudden surge in popularity within Toronto’s housing market is “Ghost Hotels.” The definition of a “ghost hotel” is a house, apartment or condo that has been converted into a dwelling with separate units within that property. The homeowner is not present and does not live on site, but will rent the property through Airbnb services under the guise that the property is his/her home. Units that are rented in a Ghost hotel are rented exclusively on a short term basis.

Residents who live in proximity to a property that has been converted or purchased as a ghost hotel are extremely concerned regarding the changes they often see as a direct result of renting short term rentals. Residents argue that short term renters do not have the same care or concern for the community. Noise is one of the key contributing factors of complaints made to the city; short term renters tend to be between housing, or on vacation. Parties tend to be a significant issue for neighboring properties. Condo lawyers in Toronto are seeing more and more cases that deal with residents suing owners and operators of ghost.

Being that Toronto is currently suffering through a housing shortage, properties that are purchased with the intent to rent on a short term drastically adds to the problem by reducing the amount of overall long term rentals available to Toronto residents.

Airbnb is a welcomed service for those who are on a budget and require a short term rental in Toronto. However, the service has created substantial problems for Toronto residents who require a long-term affordable rental.

Given Toronto housing market conditions, there has been a series of problems created by the growth of Airbnb in Toronto. Not only is it a tough market for buyers to purchase a home in their price point, but a reasonably priced rental can be even more challenging to find due to such low vacancy rates.

Toronto is widely known for being one of the most expensive cities in the world to live, which means the number of residents who are renting has increased over the years.

The average cost of a home in Toronto is $709,825, which means that the estimated household income should be roughly $128,746. The problem is that Toronto’s median family income is $75,270. With increasing housing costs it is easy to see why there is such demand for long term rental

Owners renting their properties using Airbnb see the service as a saving grace, considering the substantial mortgages that the majority of Toronto homeowners are shouldering. Especially, considering short term rentals generate more than a homeowner would typically generate from a long-term tenant on a lease.

In order to address the issues that have arisen since Airbnb started operating in Toronto, city councilors have drafted rules and regulations that should take will be decided on in summer 2019. These regulations will help to close Airbnb loopholes, deter landlords from taking long term rental spaces off of the market, in attempts to ease the shortage of rental properties currently available in Toronto. The idea behind the new rules is to curb the growth of “ghost hotels,” and decrease the number of properties in being turned into permanent “Airbnb style” rentals. Condo lawyers are preparing for an onslaught of legal action to be taken in response to these regulations once they go into effect.

The following are the proposed rules and regulations set forth by Toronto City Council.

The proposed regulation calls for a maximum stay of 180 days per year to be classified as a short term rental (no more than 28 consecutive days). These rules do not prevent subletting for six straight months and then short-term periods for the rest of the time until 180 days of that year has been met.

Airbnb refers to those who rent their properties as a “host,” the city of Toronto calls them “operator.” Rules specify if you are renting your home it must be your principal residence.

A secondary suite which provides a private entrance, kitchen, and bathroom, will not be allowed to be listed on the Airbnb platform in Toronto. This kind of listing will only be permitted if the tenant listing the unit lives there, and it is their primary residence. Due to the fact many see secondary suites as a grey area, condominium lawyers are often hired to assist with cases that deal with these types of rentals.

If you are making your home available for rent, the city will be charging an annual registration fee of $50. If you do not register your property, you will be breaking a bylaw that could result in a fine of up to $100,000.

Once an operator is registered, they will be given a number that will be posted in their Airbnb advertisement. An operator will not be able to use Airbnb to rent their home for less than 28 consecutive days without registering.

The registry will be owned and operated by the city of Toronto.  Airbnb will be able to connect through their platform.

The city will be able to access; registrant’s name, address, the government identification that they are required to submit.

Operators will be responsible for keeping a record of the number of nights their home was rented and provide that number to the city. Records must be maintained for a minimum of 3 years.  If there is a complaint made about an operator who is suspected to be operating but has not registered, there will be an investigation.

Operators could be prohibited from registering altogether if they have been convicted of two or more violations that relate to any properties they have used for a short-term rental in the past three years. These violations could range from noise complaints, unsanitary waste collection, fire code/building code infarctions. Airbnb must ensure every listing using their platform has a valid registration number attached to an operators account.

Regulations will allow for operators to share a maximum of 3 rooms in a short-term rental. Operators are not permitted to rent their secondary suite (an apartment within your home).

Renting out a room in a home for less than 28 days is ok, but not if it is considered a secondary suite with a separate stove and kitchen. You can rent it, but it will have to be for longer than 28 consecutive days.

Companies that offer an online service to facilitate transactions between a renter and an operator, such as Airbnb, will be required to obtain a municipal business licence, at a fee of $5000. Airbnb will also pay $1 for every night an operator rents his property in the city of Toronto. Currently, short term rentals are not permitted in Toronto. If you are unclear of the proposed regulations regarding short term rentals, contact our condominium lawyers in Toronto for help.

It is important to note that the city of Toronto has pushed back the majority of the rules and regulations regarding short term rentals, until August 2019.

Attached is a copy of their statement and the proposed changes:

On December 7th, 2017, and January 31st, 2018, Toronto City Council approved the regulation of short term rentals in within the city. These new rules require short term rental companies to acquire a license and short term rental operator to register with the City and pay a (MAT) Municipal Accommodation Tax of 4%.

However, The City zoning bylaw amendments to permit short term rentals as a use have been appealed to the Local Planning Appeal Tribunal. Therefore these regulations are not in force. The LPAT had scheduled a two day hearing for August 30th & 31st, 2018 however at the hearing it was determined that 2 days was an insufficient amount of time for the proceedings and that a five day period would be more appropriate. For this reason, the August 30 and 31, 2018 LPAT hearing has been rescheduled for August 26, 2019.

Toronto’s regulations for short term rentals will not come into force until after the appeal decision is reached.

If City council receives a positive decision at the LPAT, the short term rental regulations will come into effect. Soon after individuals will have a period of time to submit applications for a licence or registration, the 4% tax will be implemented. Additional information on what is required to collect and remit the tax will be available at that time. 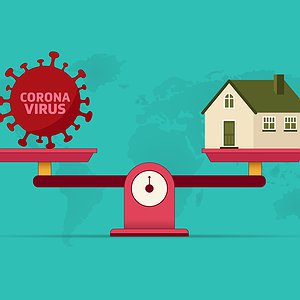 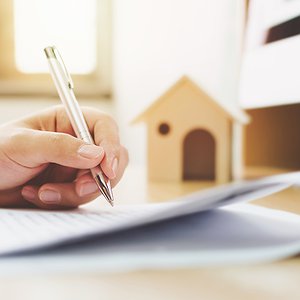 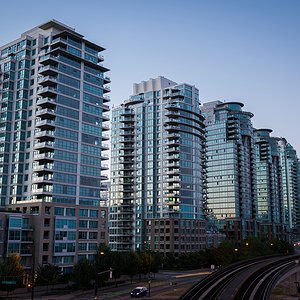